Use digital resuable learning objects (DRLOs) to enable an efficient creation of educational VR content and thus provide a simple-to-use authoring tool for teachers. The VR learning materials created should be available online for students and enable cooperative work, possibly guided by the lecturer. Therefore integration into existing learning management systems (LMS) is an important aspect for universal applicability.

In order to achieve the set goals, an interdisciplinary team consisting of the departments of healthcare, didactics, computer science and innovative media will work together over a period of three years. 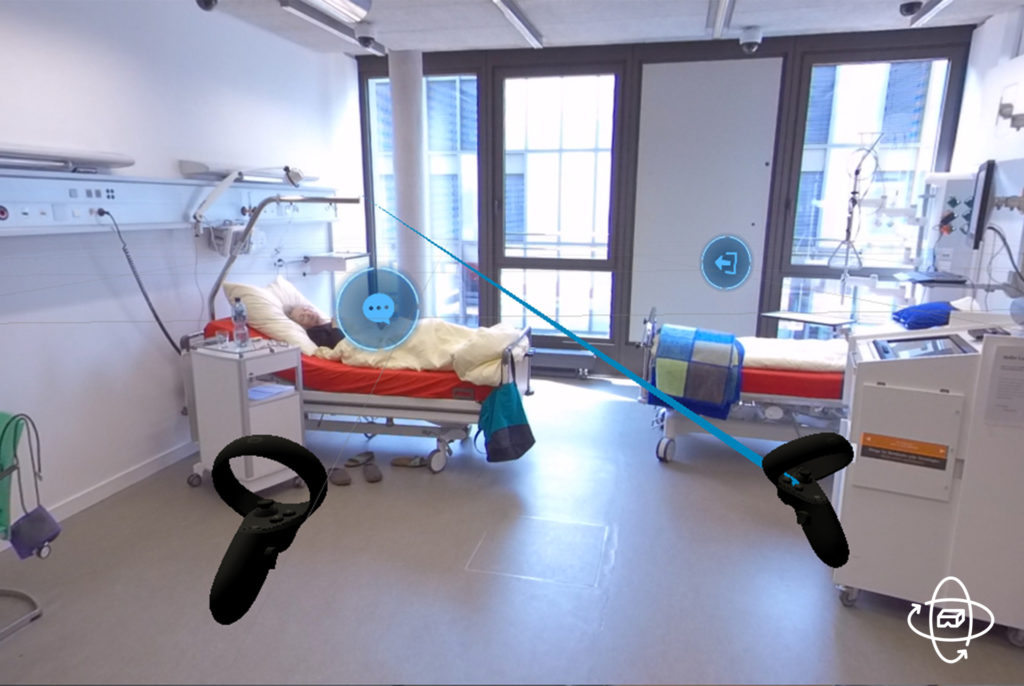 Building up a fully virtual 3D environment is usually a time-consuming and expensive task, especially if the results are to be on a realistic level. In comparison, the recording of 360° videos and their integration into a VR scene takes much less time. In addition, the content creation part is then primarily conducted in the real environment, which is much more approachable for the target audience. Studies investigating learning outcomes support the assumption that 360° videos are an effective extension of learning. Therefore the planned authoring tool should enable content creators to record their own 360° videos of procedures and use them as a basis for VR learning materials. The possibility of integrating interactive digital elements within the 360° (VR) video (similar to Augmented Reality in a real context) allows a more complex storyline to be created, for instance using multiple choice decisions influencing the training in progress. The pure reception of information is thus extended by an interactive component.
Further Information